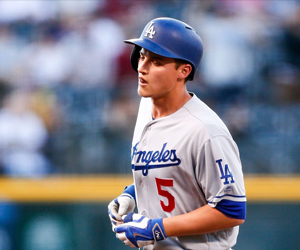 If you are looking to make a futures play on the 2022 World Series winner, here are my favorite teams to consider.

1) Los Angeles Dodgers
I like the Dodgers to win the 2022 World Series. Picking the favorite is nothing shocking, but there is still value here with +550 odds according to BetMGM. The 2020 World Champs won 106 games during the regular season in 2021, before eventually losing to the Atlanta Braves in the NLCS.

In the offseason starting pitcher Max Scherzer left to sign with the New York Mets, and shortstop Corey Seager signed a deal with the Texas Rangers, but this team is still the team to beat on paper. Los Angeles added Freddie Freeman in free agency, and top to bottom has no weaknesses in the batting order.

Los Angeles overcame a horrible regular season by Cody Bellinger, who had a .165 batting average with just 10 home runs and a -1.5 WAR in 95 games. If Bellinger can return closer to the level he played at in 2019 when he batted .305 with 47 home runs 115 RBIs, and a 9.0 WAR, the Dodgers could be one of the best offensive teams in MLB history. The starting rotation is solid as well, led by Walker Buehler, Julio Urias, and Clayton Kershaw.

2) New York Mets
The Mets are +1000 according to BetMGM. Adding Max Scherzer and Chris Bassitt to a starting rotation with Jacob deGrom will make the Mets a tough match-up for anyone in the postseason.

3) Houston Astros
At +1000 odds to win it all, you can’t overlook the team that has been to the ALCS five straight years and appeared in the World Series three times during that stretch. Justin Verlander is a big question mark at 39 years old, but he looked sharp in his first spring training appearance.

There was the recent loss of Carlos Correa, but the Astros always manage to find ways to reload and will be in contention again.

4) San Francisco Giants
The Giants won 107 games last year and with +2500 odds are worth a look. The Giants finished second in MLB last season with a 3.24 ERA and should be strong in that area again. With the addition of Kris Bryant in free agency and a strong defense, if you are looking for an under-the-radar longshot, I recommend the Giants.

The Bettingoddsforfree.com simulation model, which simulates every Major League Baseball game thousands’ of times, is up +47.65 units over the last three years. We have released 520 total games with 284 WINS and 236 losses ATS for a win % of 54.62%. A $100 bettor of our Major League Basebal would have netted a profit of $4,765 and, a $1,000 bettor would have won $47,650 just on MLB. We have released only a small number of MLB games so far this season.