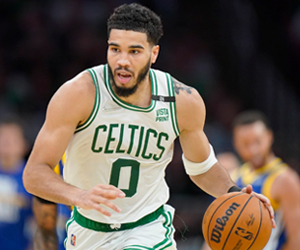 The NBA Season has started, and most people don’t start watching until Christmas day, but we it has been an amazing start to the season. Some teams have taken huge strides and others are seriously sputtering.

After the first month, we have a nice list of players who have played their way into the MVP conversation. Some serious surprises have played into the conversation as well. Players like Lauri Markkanen have had hot starts, that no one thinks will continue.

10) Zion Williamson has been the player that everyone expects him to be when healthy so far this year. He is averaging 23.5, 6.4 Rebounds, and nearly 4 assists this season.

He has been a liability on the defense side of the ball, but when he has the ball they are a different team. They will need to win more for him to make this a real possibility.

9) Lauri Markkanen has been the biggest surprise of the NBA season. Everyone thought that the Jazz was trying to tank, but Markkanen has been great so far this year. The Jazz is from 10-5. If that continues, maybe he can do the unthinkable.

8)Joel Embiid just completed a couple of masterpieces. In his last game out, he had 59 points and led the sizers to a big win. They have started slow, but the last couple of games have been all Embiid. If he continues to dominate this way, they will be right there in the end. He is averaging 32 and 10.

7) Nikola Jokic is the two-time defending MVP of the NBA. He is still the best player on a very good team right now, and he is on this list because of his past success. He is still averaging nearly a triple-double with 20.8 points, 9.5 rebounds, and 8.9 assists a night. His points will have to increase for him to be there at the end, but we all expect that.

6) Devin Booker has had the best start to a season of his career. He is averaging 26.7, 4.5 Rebounds, and 5.6 assists. They are 8-4 this year and show that they are still among the best teams in the NBA.

They may not be the dominant team that they were last year, but they should be right there again with Devin Booker leading the way. Can he take the next step?

5) Donovan Mitchell forced his way out of Utah, and it looks like he made a great decision to join up with Darius Garland and Evan Mobley. They have been awesome together. Mitchell has been as good as advertised, averaging 31.6 points, 4.7 rebounds, and 6.1 assists.

4) Ja Morant and the Grizzlies have been solid to start the season. Morant is averaging 28.8 points 6 rebounds and 7 assists this season and has been electric. They have maybe one of the better guard tandems in the NBA with Desmond Bane, who has taken a massive leap forward.

They can continue to win at this rate, Morant will be right there in the end.

3) Luka Doncic has been an absolute stud this season. Averaging 34.3 points 8.7 rebounds and 8.1 assists, he has the best win share in the NBA. His usage is very high, but it always is. He is miraculous with the ball. Luka can win the MVP if this start continues.

2) Giannis Antetokounmpo and the Milwaukee Bucks have been the best team in the NBA so far this season. They are 10-2 and Giannis has been the dominant force that we all expect. He has missed a couple of games with a bum knee. He is averaging 31.8 points, 12.2 Rebounds, and 5.3 assists. He is going to be right there at the end.

1) A little bit of a surprise at the top… Jayson Tatum has been the association’s best player so far this season. He ascended last year into the top 5 consideration, but right now he is vying for the best player.

The Celtics are 10-3 so far this year and Tatum has scored 30 or more in the last 5 games. He is averaging 32.3 points 7.2 rebounds and 4.1 assists. Giannis and Tatum are going to be neck and neck.

Celts have the best record in the NBA and Jayson Tatum is current the favorite for MVP?

The NBA Season has started, and most people don’t start watching until Christmas day, but we it has been an amazing start to the season. […]
Do you like it?0
0 Read more