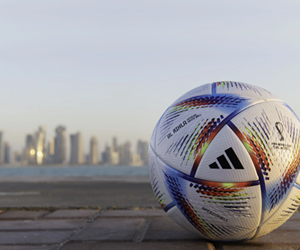 How Qatar is Guaranteeing Security at World Cup 2022?

To ensure safety and security for a smooth World Cup, the host nation is expected to deploy ten thousand security forces. Qatar has also signed several agreements for security corporations with thirteen countries to host the tournament in an orderly fashion.

This edition of the spectacle can summon more than 1.2 million football enthusiasts from around the world. The event kicks off on 20th November and ends on 18th December. Qatar is the first Arab country to get a chance to host the FIFA World Cup, so not only the contenders but also the host nation will be under rigorous scrutiny.

A multinational exercise before the World Cup 2022, titled ‘Watan 2022’, was administered by the World Cup Security Committee. This five-day exercise has been directed throughout the country in association with thirteen other ally countries and commenced on Sunday, until 27th October.

The United States, France, Britain, Germany, Turkey, Saudi Arabia and nine other countries have sent more than 32,000 security forces and 17,000 private security personnel to participate in the ‘Watan 2022’.

The prime objective of the exercise is to examine the preparedness and reactivity of the forces in times of emergency. The drill includes jet exercise, chemical incidence and dealing demonstrations. However, a tragic incident surfaced on 27th October when three Pakistani firemen were found dead in the middle of the drill. Reportedly, they are involved in a crane collapse at Hamad Port, Doha.

Turkey dispatched 3,000 security personnel to bolster the domestic force of the host. They are also expected to bring 50 bomb specialists, 100 special ops and 80 sniffer dogs.

Suleyman Soylu, interior minister of Turkey, said that 677 Qatari forces were trained under their supervision in 38 distinct areas. Reportedly, Pakistani troops arrived in Doha early this month. Similarly, the French Parliament has approved empowering 220 security personnel to oversee the safety of French people during the tournament.

Morocco will be orchestrating expertise in cyber security at this event. The UK has announced their support for safe and secure games. They will be vouching for counterterrorism, maritime securities, special operation planning, etc. Furthermore, Qatar and the US hold an agreement on ‘technical arrangements’ during the World Cup.

Jordanian troops will also provide services in the World Cup. All eight football grounds will be witnessed from a central command center.

Head of the US Central Command in the Middle East, General Micheal Kurilla, has conveyed his reliance on Qatar’s ability to guarantee a smooth World Cup next month.

Some 32,000 government security personnel and 17,000 from the private sector will be deployed to provide security for the than 1.2 million fans that will be at the World Cup .#EIBQatar2022 @NicheCocoa #GhanaPay pic.twitter.com/kDkGKqPNcq

How Qatar is Planning Security for the 2022 World Cup?

How Qatar is Guaranteeing Security at World Cup 2022? To ensure safety and security for a smooth World Cup, the host nation is expected to deploy […]
Do you like it?0
0 Read more