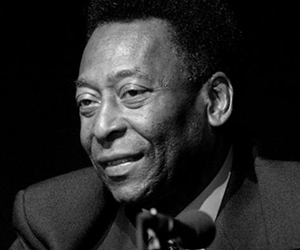 Edson Arantes do Nascimento, better known as Pelé, the first-ever football superstar and three-time world cup champion for the national team of Brazil, has passed away at the age of 82.

Pelé has been under treatment at a hospital in Sao Paulo since November for respiratory disease and the complexity aroused from colon cancer. The doctors reported that the severity of cancer had caused further deterioration of his health last week.

On Thursday, he finally took his last breath and retreated from battling the disease. Albert Einstein hospital released a statement confirming that multiple organ failure was the reason behind the legend’s passing.

For more than six decades, Pelé was equivalent to football. He had an astounding career, including four World Cup appearances, and out of those, he won three of the tournaments. It is a record yet to be broken.

But only World Cup wins or unforgettable goals from his legs can’t explain his celebrated career. Once, he said that he was born to play soccer, inherently, as music was innate to Beethoven and painting was to Michael Angelo.

His daughter Kely Nascimento paid her final tribute to the legend through an Instagram post, expressing love and affection for her father.

Pelé’s first team, Santos FC, have shown their gratitude to the legend with the caption "Eternal" with a crown picture.

Neymar wrote that the presence of Pelé had changed everything; the artistry of his soccer provided Brazil visibility on international platforms. He was the representative of poor and black people.

Christian Ronaldo, Lionel Messi, and Kylian Mbappé have all sent their condolences to Brazil and Pelé fans around the world.

Reportedly, Pelé’s body will be shifted from Albert Einstein hospital at dawn on Monday. The body will be put to rest at Urbano Caldeira stadium, realized as Vila Belmiro, the home ground of Santos FC from that day for a public wake.

The wake will end for fans on Tuesday at 10 am. After that, a procession will take the legend’s coffin through the city streets, stopping by his 100-year-old mother, Celeste Arantes’ house. At the Memorial Necrópole Ecumênica cemetery, the funeral will take place in the presence of family members only.

It is unclear how many goals he really scored throughout his career, as the Guinness Book of World Records doesn’t hold accounts for the goals scored in unofficial matches. In 2021, the Portuguese football star had supposedly broken the record for the most goals of Pelé.

Anyway, the accomplishment of the Brazilian star is matchless to any others. Indeed, the world will feel the vacancy forever for the king always.

🗣"He has been an enormous inspiration to Africans and African football."

Pele’s Demise Pulled the Curtain on an Era

Edson Arantes do Nascimento, better known as Pelé, the first-ever football superstar and three-time world cup champion for the national team of Brazil, has passed away […]
Do you like it?0
0 Read more